Five CEOs on their evolution in the femtech space 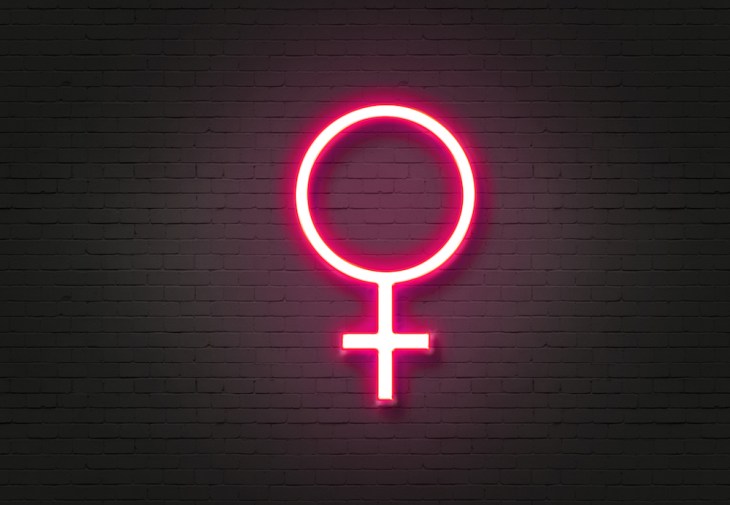 With women-specific health needs long ignored by tech giants, FLEX, the tampon replacement, raised $4 million and Nurx, the birth control delivery web platform, raised $5.3 million in 2016 (and went on to raise $93.4 million). Both companies became one of the top 10 companies out of more than 100 to raise the most money during their Demo Days at Y Combinator that year. By March 2017, it was reported that femtech companies had raised $1.1 billion since 2014, and the growth has only continued.

We spoke to CEOs and founders Gina Bartasi  of Kindbody, Jill Angelo of Gennev, Kate Torgersen of Milk Stork, Molly Hayward of Cora and Liz Klinger of Lioness about how their companies have evolved from first entering the space and feeling like an island to now — a community of women changing the world for women.

“Investors would say, ‘Well, what lets the air out of the balloon? What can derail the business?,’” CEO and founder of the New York-based tech-enabled fertility company Kindbody,  Gina Bartasi said. “And I would say, ‘Well, I guess if women went back to the old way of having children and they didn’t go to graduate school and they didn’t go to med school or business school and they started having babies again in their early 20s — then, that’s what would cause the fertility world to come crashing into the ground.’”

She flatly says that’s highly unlikely. Kindbody is Bartasi’s third fertility startup. She launched them all after going through her own fertility journey.

Torgersen started her first-of-its-kind breast milk shipping service after a four-day work trip during which she had to pump and fly home in her carry-on bag two gallons of breast milk for her eight-month-old fraternal twins.

These options didn’t exist before, and even where there was demand, it wasn’t recognized enough.

“It’s been really amazing over the last four or five years that we’ve been around to see the different areas of women’s lives sort of being addressed through commerce, through business, through business solutions — everything from fertility to breastfeeding and sexual wellness, pleasure, all of these things,” Hayward, who founded Cora,  the period and bladder care brand, said.

There is, however, some gray area in femtech. Fertility, for example, has always been a mainstay in the space. Kindbody is actually Bartasi’s third fertility startup, but she notes fertility is not solely a women’s health concern.

“Remember that 50% of all fertility issues are male-related,” she says. “It does directly affect them and they don’t talk about it. Women do. She adds that they’re seeing a rise in same-sex couples leveraging Kindbody rather than adopting.

Women’s sexual health and wellness brands sometimes are excluded (primarily from those outside of it) or are criticized for being included. For example, CB Insights, the market intelligence company used by many investors, routinely shares data on its own idea of femtech.

We reached out to the insights company for an updated femtech map. There isn’t one pleasure-centered (or even pleasure-adjacent) women’s health startup on the most up to date map for women’s health startups. For a site that touts itself as “loved by the smartest companies” for sharing “insights on probability, not punditry,” it is interesting that the $30 billion sex tech industry didn’t make it on this map. The only place we did find women’s pleasure brands was on a market map for “Valentine’s Day” tech in 2020. 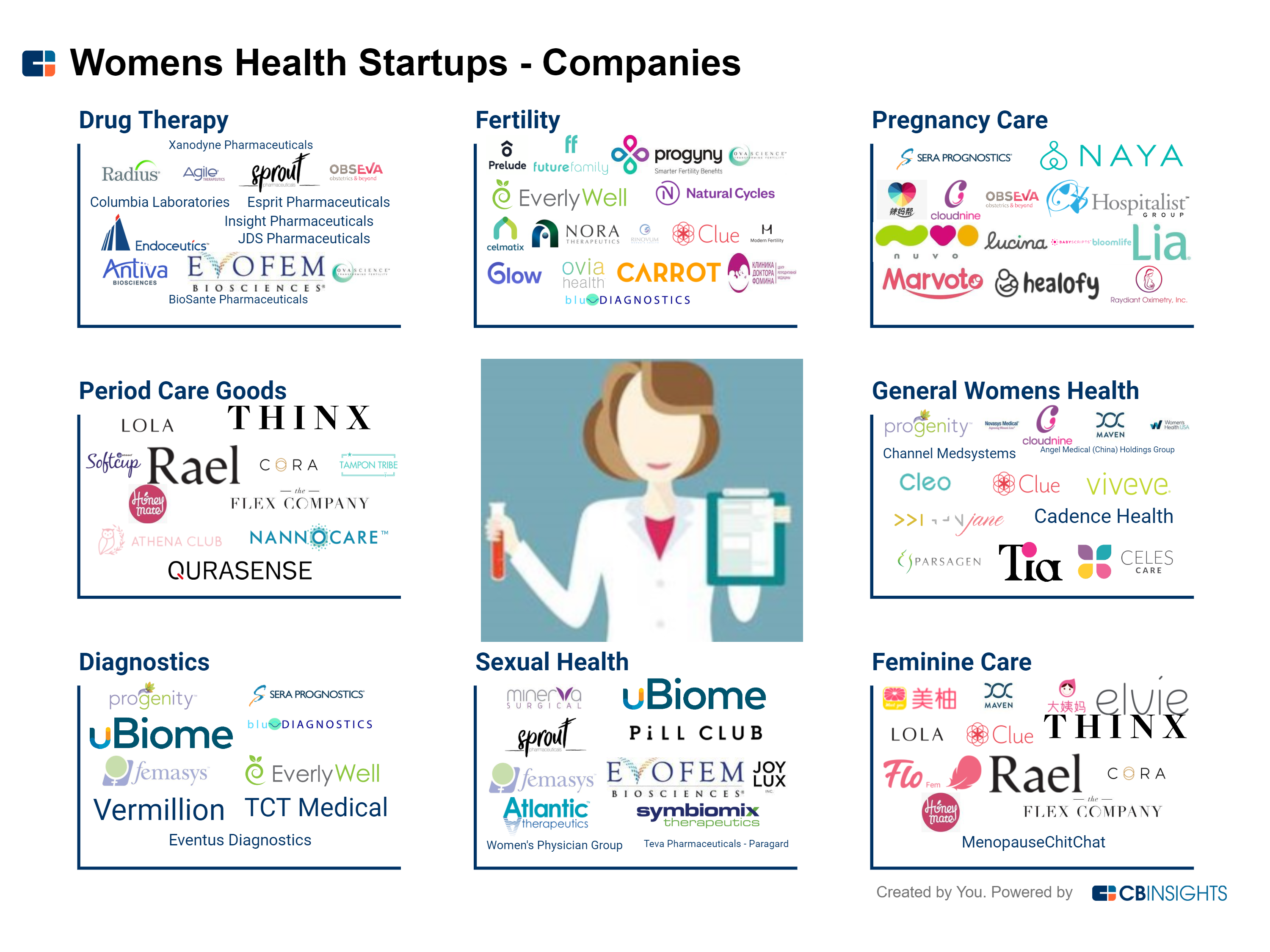 In talking to some former and current employees, Klinger discovered rumors about potential reasons for the exclusion.

“I heard that there is a bit of pushback, both a combination of personal and also that some of their larger clients are Fortune 500.” They don’t think it’s relevant to those clients.

As these challenges are seemingly par for the course for companies focused on women’s sexual pleasure, Klinger noted the most pleasant surprise in fundraising was how black and white it was when it came to who was going to invest and who wasn’t.

Bartasi pointed to undeniable macroeconomic trends that have emerged since she entered the space in 2008 with her first company Fertility Authority, making fundraising easier now than in the past (in addition to her second company, Progyny, being valued at nearly $2 billion before coronavirus).

She also notes the number of single women who are making the decision to freeze their eggs, opting against the traditional marriage-then-baby route.

Jill Angelo,  CEO and founder of Gennev, the first-ever online clinic for women in menopause, also highlights mainstream media and the conversation around women shifting in general.

“You’ve got J. Lo doing the Super Bowl Halftime Show at 50-plus. You’ve got Laura Dern and Renée Zellweger, 50-plus, winning Oscars at the top of their game in their careers. You’ve got Gwyneth Paltrow talking about menopause on Goop.”

Education is instrumental to femtech’s growth

While companies in the space point to a diverse set of challenges with fundraising, each CEO discussed how essential it is to educate investors around women’s healthcare.

“It felt like — in my pitches — I was educating more than pitching, because it was a space people just didn’t know about,” Angelo recalls about when she first started raising money for Gennev in 2015.

This highlights the glaring gap in our education system in reference to health and sexual reproduction.

“What you’re trained on is how not to get pregnant, not how to get pregnant,” Bartasi pointed out. “And really, what nobody knows, even with the most fertile woman and fertile man having sex when she’s ovulating and when they’re supposed to, the chances of natural conception every month are only 20%. It’s not 50% or 60%.”

Molly Hayward’s Cora was launched as a social impact initiative to provide organic feminine products to women and girls who did not have access to them. Their inability to obtain the products caused them to miss school, the result being they would fall behind the boys.

“You have to do a lot more work as an entrepreneur to explain the experience, how broken it is and why there’s an opportunity to change that,” Hayward says.

Similarly, Klinger found that those who presumably were the least aware of pleasure were the most interested.

“Our investors are from traditionally conservative places like Thailand — where sex toys are illegal — and Texas. Once I figured out people were looking for pleasure and education, it was a lot easier to figure out who to talk to.”

As education is at the core of activism, the extra legwork doesn’t come without at least some sense of reward.

“When I am explaining this and people are actually listening and paying attention — regardless of whether they’re going to make an investment or not — the fact that I’ve had this conversation with them, I do walk away feeling we’re raising awareness and normalizing breastfeeding,” Torgersen shared.

The mother of three hopes that as more people become educated on breastfeeding, it will make other mothers’ lives easier.

As nearly half the labor force is women and more than half of all management positions are women, companies looking to retain employees have to accommodate women’s health needs in ways they haven’t in the past. Femtech is on the front lines of providing not only solutions but data and information that hasn’t been available (or even established) elsewhere.

This is how Milk Stork  had its big break quickly after launch. “Our first press release actually hit with Fortune and within 10 days we were contacted by one of the largest consulting firms in the world wanting to bring us in as a benefit for their North American employees,” Torgersen said.

She credits moms and predominantly female-staffed human resources departments. “What I think is truly amazing is that it was moms who are raising awareness. They were using Milk Stork on the retail side and then asking their employers to reimburse them for it or to provide it as a benefit for the other women at their company.”

Within a month, Torgersen’s team put together an enterprise solution to offer Milk Stork as a benefit, something that wasn’t fully established at their launch. “The experiences women in femtech are solving have been invisible for so long.”

Bartasi discussed how doctors will share learnings within a practice about their patients to better understand trends in terms of medication, prescriptions and outcome. Kindbody is making these learnings more available to patients than ever before.

“We actually have predictive algorithms that the patient sees. It’s completely transparent. You enter your age, your pregnancy history, what your ovarian reserve is — which is tested through our blood work — and it’s going to generate your chances of success. How many eggs you’re predicted to get. There’s data that allows for total transparency, which increases the confidence and the trust between patient and the doctor.”

“For some people, it’s also tracking how certain medications or certain conditions might be affecting their pleasure and vice versa.” This can be extremely helpful as women’s sexual performance anxiety goes largely undiscussed.

Gennev, on the other hand, released the first-ever menopausal assessment, and it’s available for everyone. “There’s no ‘what to expect when you’re expecting’ for menopause,” Angelo says.

Using the data from the questionnaire, they’re providing that. “We’re creating that roadmap and using technology to predict and help them see where they’re headed in the journey and where they’re at right now.”

Gennev has also already begun working on solutions for our new normal of sheltering in place due to the COVID-19 pandemic. Earlier this month, the company launched HealthFix, an initiative to provide remote access to doctors, in addition to what their telemedicine membership already offered.

“We’re expanding our HealthFix membership to go beyond just working with health coaches and behavioral changes in life to manage menopause to also include the doctors, our OB-GYN,” Angelo says.

“We have a team of 25 of them, and so that means you’ll have your medical team, your coach and your doctor all in one via a regular membership that’s affordable, so that we’re not just for the top 1% of the 1%, but for every woman.”

Right now, it feels like the future of a lot of things has been paused, but even with discussions on the new normal beginning to start, rest assured the consistent growth in femtech will only continue following years of neglect.

“Competition is good when you’re in a space that people know nothing about because it raises the profile for everybody,” Angelo shared, a sentiment echoed by each CEO we spoke to.

And of the competition, Bartasi said, “The camaraderie and the lifting off of each other is remarkable and a testament to this group of women where we all do really share in opportunity and in helping each other.”

The proof is in the numbers. Femtech raised nearly $750 million in 2019, and it’s founded by women who want healthcare experiences they desire but didn’t find. And, because womanhood isn’t an insular experience, there is room and demand for a diverse set of solutions, as women continue to take up more spaces in which they’ve historically only been a minority.